Dubbed ‘Queen of Chicago’  by her intimates, Gertrude Abercombie was a mid 20th Century bohemian, saloniste, jazz devotee and Surrealist painter. The weekly salons she held with her second husband, the music critic Frank Sandford, in a large house in Hyde Park neighbourhood of Chicago, was frequented by such jazz luminaries as Charlie Parker, Miles Davis, Sarah Vaughan and Dizzie Gillespie, who was a particularly close friend.

The improvisational techniques of be-bop certainly seemed to have influenced her paintings, which feature a small number of elements and motifs repeated throughout her career in an unusual and innovative manner. Cats, snail shells, owls, doors, leafless trees and a solitary female figure, always a hypercritical self portrait, frequently recur against a somber night sky barely lit by the distant moon. The mood is usually mysterious and elusive with occasionally a  hint of Southern Gothic, however Design for Death, which apparently was Charlie Parker’s favourite painting is quietly chilling in its representation of a staging for a lynching.

When asked why she painted in the Surrealist manner, Abercrombie stated, “Surrealism is meant for me because I am a pretty realistic person but don’t like all I see.”

Below are a selection of artworks from throughout Abercrombie’s career, hopefully some people will like her re-arrangements of reality as much as I do.

In 1938 the Swiss clairvoyant and telepathic healer Emma Kunz began to channel large scale drawings on graph paper using coloured pencils, crayons and a pendulum. During the creation of a piece, which could take up to 48 hours, Kunz neither slept or ate, subsisting entirely on liquids. Neighbours commented that the light was always on at her home. The drawings were then used as a therapeutic tool for her patients, whom she would encourage to meditate upon the mandala-like patterns.

I was first led to this astonishing artist by a comment about my post on the Swedish artist Hilma af Klint, (thank you herongrace). There are indeed similarities, both were female abstract artists with an all consuming interest in mysticism and spiritualism, whose mediumistic art goes far beyond aesthetic formal concerns. Both Klint and Kunz were only discovered after their deaths, and indeed were two-thirds of an exhibition on leading female abstract artists, the other being Agnes Martin. However Klint was a professional artist who kept her groundbreaking innovations a secret, while Kunz had no formal artistic training but thought highly enough of her work (and rightly so) to publish two books.

Since the first exhibition in 1973, ten years after her death, Kunz’s work has been show around the world, including a joint show with Joseph Beuys and Rudolf Steiner. The Emma Kunz Museum in Wurenlos, Switzerland houses 70 of her most important artworks. 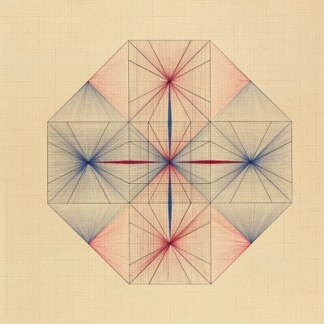 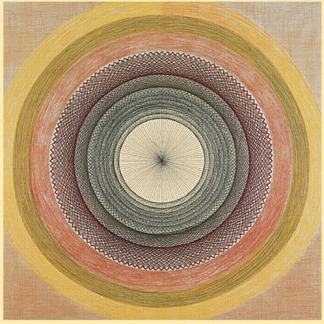 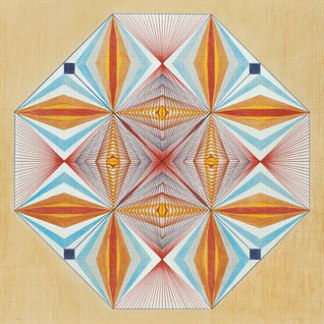 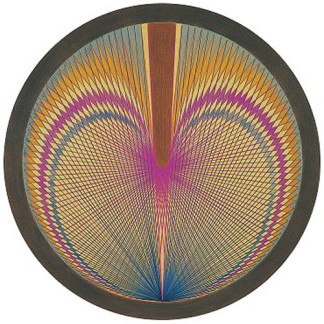 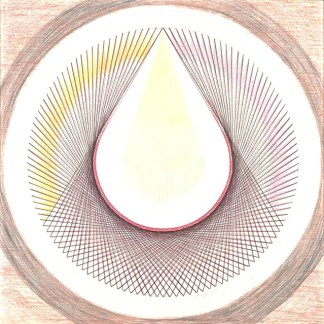 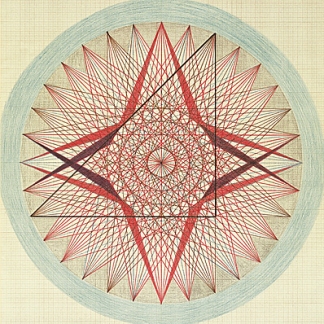 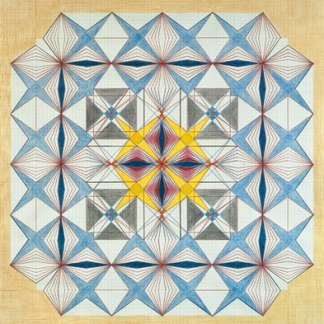 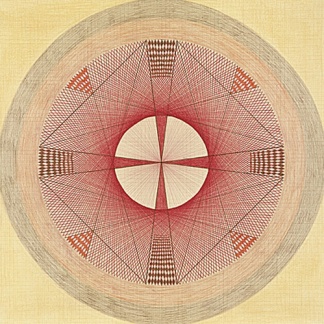 Do you remember?
Probably not,
Not rightly anyway.
I’ve listened to you reminisce,
Oh I don’t know
How many thousand times
And it only tangentially
Touches upon the truth:
Bears little to no resemblance
To any reality we ever lived.
You re-cast yourself as the hero,
The catalyst and centre-point
Of every scenario and situation.
You re-write the script,
The story changes in the telling
Every single time.
But do you remember?
Don’t you remember that

I wish I could forget
The years of careless neglect,
The constant evasions,
The way I avert my downcast eyes
As you smile once again
At some passing sweet young thing.
Look what you have made of me,
You could never help yourself.
You are always searching,
For someone to save you
From your own wretched self.
But you know it’s later than you think
Though sometimes I can almost believe
That you once believed
In you and me as a destiny,
In the words you spoke,
That I wish I could forget,
But I can never forget that

My room is strewn with the detritus
Of my attempted past lives:
The deadmens suits of discarded personas,
Soiled with sweat and stained at the crotch;
On the floor lie at succession of cracked masks,
Obscuring chalk drawings of circles and pentagrams,
The walls are lined with shattered mirrors
A procession of refracted images
Which if superimposed would reveal
To everyone interested a detailed confession
Of my life as a Gothic novel:
The sad eyes heavy with unquiet sleep
Stare back at me unfocused,
People used to say I was bleakly handsome
And though I couldn’t quite see it myself
I took them at their word,
Ran with this perception and granted it half a reality
But is this any excuse for such overweening vanity,
Because looks are always waving goodbye
In the darkening glass as the autumnal light fades.

The rain is soon to set in,
I doubt it will stop until after journey’s end.

The Dog is one of the fourteen Pinturas Negras (Black Paintings, see Painting It Black) that Goya painted in his house outside Madrid towards the end of his life. The Dog conveys a sense of sublimity, terror and an unbearable pathos with an enviable simplicity.

The painting is divided in two unequal parts: a dirty ochre above and a dark brown below. There has been much debate regarding the origin of the shadow to the right of the painting, and whether it is intentional, however it probably was the previous design on the wall which Goya painted over. Staring upward into the vastness of the sky is the dog, alone and apparently sinking into the quicksand of the earth. All the heart-break and despair involved in terrestrial existence is concentrated in the expression of mute appeal of the dog  as he searches the heavens for a sign of a return of his varnished master.

The Dog has been called the first Symbolist painting  and was held in particular high regard by Picasso and Joan Miro.