A leading theoretician and proponent of the Czech avant-garde during the very active decades of the 1920’s and 30’s, Karel Teige was involved in Devětsil and was a co-founder of the Czech Surrealist Group along with Toyen, Jindřich Štyrský and Vítězslav Nezval.

Teige created over 300 collages in private during the last two decades of his life, frequently featuring elements of a female figure forming part of the landscape. Subject to a brutal smear campaign and constant vilification, Teige was hounded to an early death by the Stalinist controlled government in 1951. Even this didn’t satisfy the authorities who ransacked his house, destroyed suspect unpublished writings and continued to  suppress his published writings for decades to come. These factors probably contributed to the suicides of both his wife and mistress shortly afterwards.

The collages only came to light after samizdat surrealist publications ended up in Germany during the 1960’s. 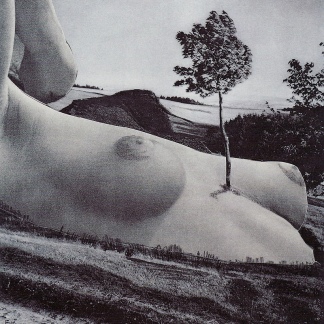 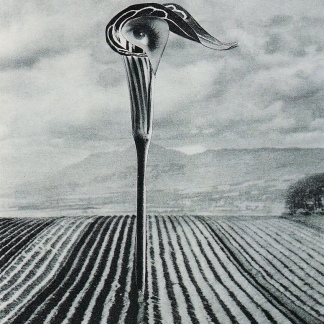 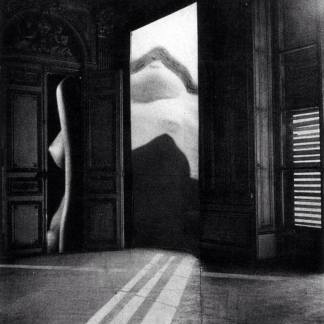