Skip to content
After the scandal and subsequent prosecution that attended the publication of Les Fleurs Du Mal (see The Flowers of Evil: Litanies Of Satan), the decadent writer and theorist of Dandyism, Barbey D’Aurevilly told his friend Charles Baudelaire that after such a book it only remains for him to choose between the muzzle of the pistol and the foot of the cross.

It was nicely put and neatly summarized the dilemma facing the true decadent. D’Aurevilly, like many other decadents, including J.K Huysmans, Leon Bloy (see The Captives of Longjumeau) and Villers de l’isle Adam (see To the Dreamers, To the Deriders) opted for the cross. However the Catholicism re-adopted by the decadents retained more than a whiff of sulphur about it. Often it seems as if they decided to pledge their devotion to God just in order to celebrate Satan and all his works, revelling all the more in the sins of the flesh. Sin gives sensuality an additional flavour. It is no exaggeration to say that the French Symbolists invented  the modern conception of Satanism.

D’Aurevilly’s masterpiece is the  short story collection Les Diaboliques, a celebration of crime and immorality. No matter how much the bored gentleman dandies try to excel in evil in Les Diaboliques they are no match for the Devil’s representatives on earth, all of whom wear petticoats. Containing such bon-mots as “The Devil teaches women what they are – or they would teach it to the Devil if he did not know” and “Next to the wound, what a woman makes best is the bandage”, D’Aurevilly encapsulated the misogyny of  the decadents in glittering, cynical one-liners. The book was illustrated by the Decadent artist par excellence Felicien Rops who also illustrated Les Fleurs Du Mal and whose entire artistic production was dedicated to an expose of the grip that Sin, Death and The Devil holds over the world. 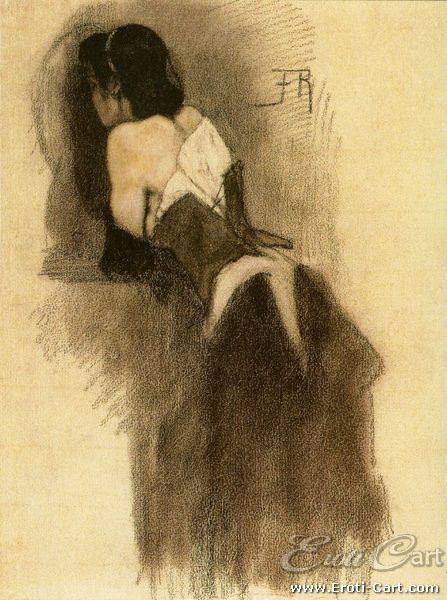 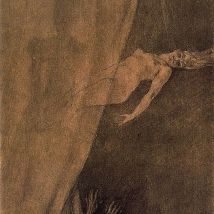 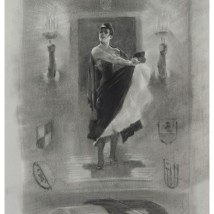