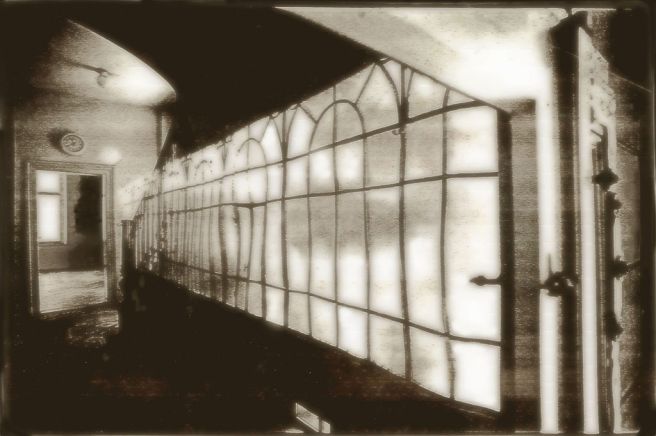 All mirrors are inherently mysterious and magical. The moment when Narcissus looked into the lake and realized that what he saw reflected was at one and the same time the self and an image was the moment of a great divide, a second Fall, but as certain Gnostic sects argued about the temptation of Eve and the expulsion from the Garden of Eden this recognition was a necessary loss of Innocence.  It was the first experience of a mediated reality. All was needed was the technical expertise to manufacture mirrors to disseminate this heightened self-awareness to every individual. And from mirrors it was only a matter of time before the camera and then film which led to the media landscape that envelops and dominates our perception today. 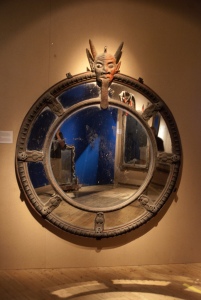 Mirrors are mentioned frequently in myth, folk-lore and religion; not to mention in art and literature. In Corinthians Paul says of our knowledge of the divine ‘For now we see through a glass, darkly; but then face to face: now I know in part; but then shall I know even as also I am known’. In Vodou, the syncretic religion practised widely in Haiti that combines elements of West African spirit religion, Catholicism and arguably Mesoamerican traditions, the altars of hounfours (temples) are decorated with mirrors as they are  conduits that the houngan use to contact the spirit world. Many cultures at many times held the tradition of covering all mirrors in the house when in mourning, this custom persists today in Judaism. In connection with a heresy held by one of the numerous Gnostic sects Borges states ‘Mirrors and copulation are abominable, since they both multiply the numbers of men.’

One of the most memorable mentions in fairy-tales of the deceptive nature of the looking-glass is the Magic Mirror of the Evil Queen in Snow White, which is a good illustration of William Blake’s quote  ‘A truth told with evil intent beats any lie you could invent.’

However for me the supreme moment for the mirror in literature is when Alice steps through to the other side of the looking glass. Ever since the phrase has been used to describe many different and varying experiences; the transfigured absolute reality glimpsed in insanity; the shifting contours of the nightly dreamscape, the heavens and hells of drug use (the John Tenniel illustration was reproduced on LSD blotters in the sixties) the transcendence achieved in sexual ecstasy, and ultimately death, that unknowing inevitable frontier where we hope that the outward appearance will vanish to be replaced for all eternity by our fundamental essence. For although mirrors are just surface and can deceive, distort and warp, they also always reveal something other than just ourselves. 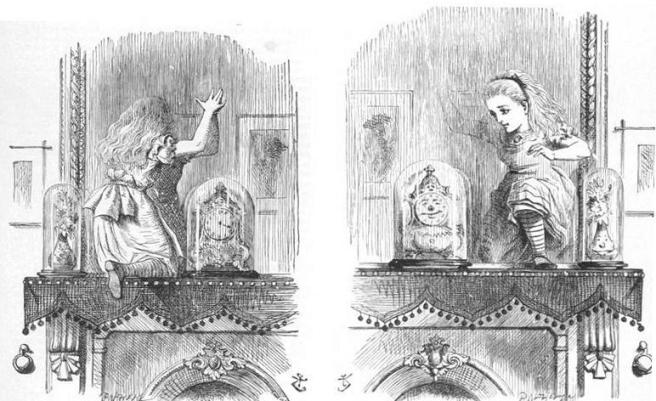