Skip to content
No wonder the Surrealist’s found inspiration in old alchemical and occult engravings as its strange symbolism hints toward a deeper reality that cannot be comprehended by reason alone but only in the recesses of the unconscious.

The illustrations to Boehme’s Aurora are a particularly fine example of the early theosophical tradition. Boehme was a German shoemaker and mystic who one day while contemplating upon the exquisite beauty of a beam of sunlight reflected in a pewter dish fell 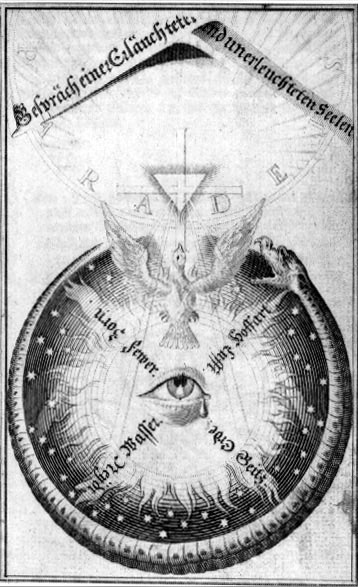 into a visionary state which he believed revealed the spiritual structure of the universe.

His work was a direct influence upon the great English visionary, painter and poet William Blake.

41 thoughts on “The All Seeing Eye”