Skip to content
Minimalism and abstraction are certainly not styles usually associated with alchemical illustrations and engravings, but the extraordinary emblems in the Paradoxa Emblemata utilise both to great effect, two centuries before they became institutionalised in modern art.

were highly praised by William Blake who compared them to Michelangelo. The Paradoxa Emblemata was never printed, however handwritten copies comprised of 153 emblem pictures with accompanied text circulated in the non-conformist religious circles that Blake grew up in and associated with during his career.

The Paradoxa is an attempt to reconcile opposites, the one and the many, work and rest, something and nothing. The definition of God as ‘An infinite sphere, whose centre is everywhere and whose circumference is nowhere’  appears to be never far from Freher’s thoughts. 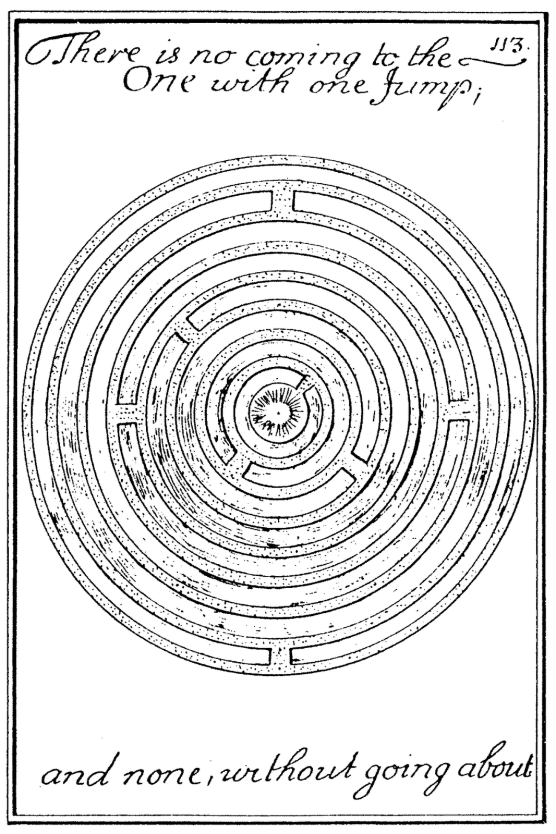 50 thoughts on “The Circumference of Nowhere”