Skip to content
One of the most important of the abstract Surrealist artists, Wolfgang Paalen invented the automatism technique of fumage, where impressions are made on paper or canvas by the smoke of a candle or a kerosene lamp.

Paalen was born of a wealthy Austrian Jewish family in 1905. He joined the Surrealists in 1935 . In 1936 he invented the fumage technique, the same year he discovered that his wife Alice Rahon was having an affair with Pablo Picasso, which resulted in the first of many depressive episodes. Like many of the Surrealists Paalen left Europe for Mexico during WWII, where he was to be at the centre of avant-garde activities with his art magazine DYN, which contained a critique of Surrealism that the even the autocratic Pope of Surrealism Andre Breton, not a man to take criticism lightly, took on board. Paalen would later reconcile with Breton and re-join the Surrealists on his return to Europe in 1951.

An archaeological expert on Pre-Columbian art and artefacts, particularly the Olmec civilisation on which he wrote a number of essays that radically challenged the prevailing orthodoxy, Paalen returned to Mexico in 1954. However his last years were dogged by debt, depression and his implication in the illegal sale of artefacts to the American market. In 1959 Paalen, like a number of Surrealists and two of his brothers, committed suicide. 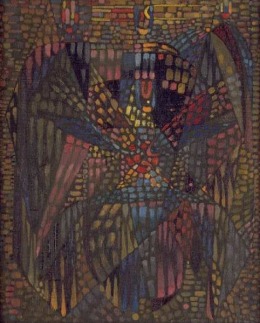 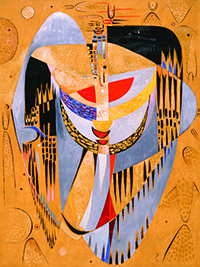